Master’s degree student, Ian Gagnon presented his work on the UNH Living Bridge – Tidal Energy Conversion System at the International Network on Offshore Renewable Energy (INORE) 2016 European Symposium in Paimpont France. He presented the work that he has done one the resource assessment for the tidal energy conversion system as well as the design of the turbine deployment platform. He also discussed other aspects of the project such as how the estuarine and structural health monitoring sensors will be used to increase awareness about the US’s critical energy and transportation infrastructure. During the week long conference he got to know and hear about the research of early stage marine renewable energy researchers from around the world. The conference included a technical trip to the port of San Nazaire where GE had just finished construction of one of the nacelles for the Block Island wind project, the US’s first offshore windfarm. Ian worked on a collaborative activity with three other researchers at the conference where they used Metocean Analytics by Open Ocean, a marine data intelligence platform, to site and perform a resource assessment for a theoretical combined wind and tidal energy conversion device array. Ian is looking forward to keeping in touch with all of the other researchers he met and is planning on attending the 2016 North American  Symposium in Maine. 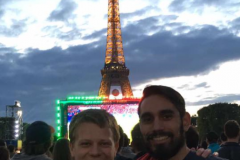 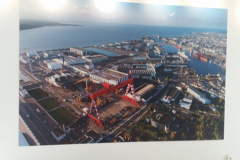 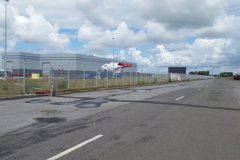